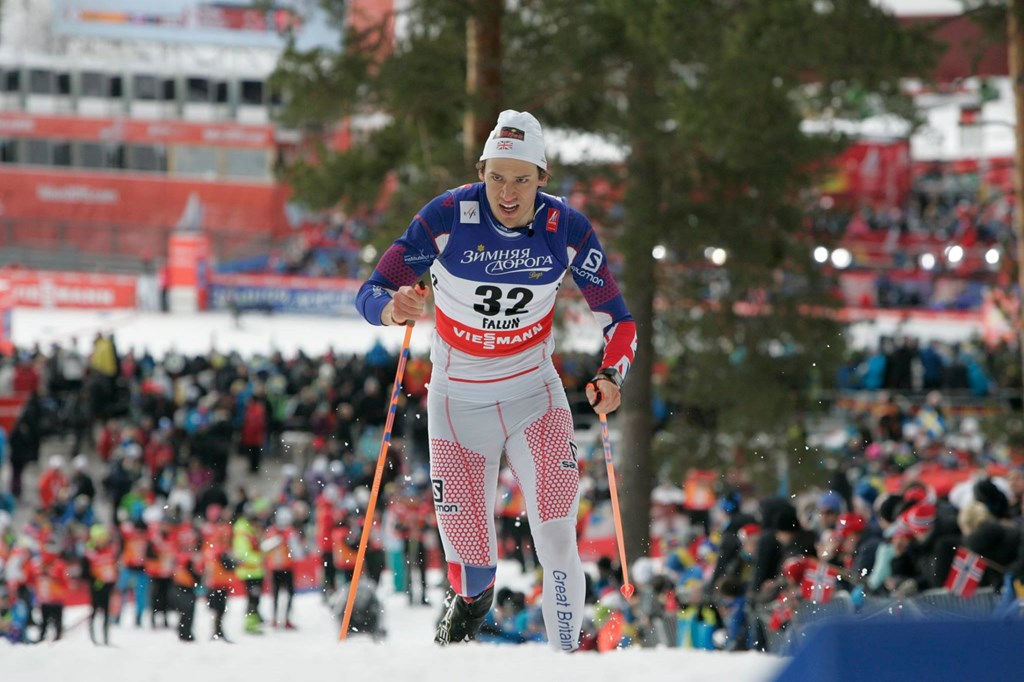 Over the Christmas period I had a surprisingly good block of training. Finally things seemed to be going my way and in the end I had almost 20 days of uninterrupted training. I completed almost all of my sessions exactly as I’d planned and started to feel better and better. I ended the holiday period by racing the first 2 stages of the Tour De Ski. Whilst for most this is one of the highlights of the season, for me it was more like a season start.

I spent Christmas altitude training in Livigno with Annika and Callum. Training went fairly smoothly and I was able to do everything I wanted to do. It’s quite a nice feeling not having to hold my self back from training too much or too hard. We had a small apartment which made Christmas dinner entertaining as we had no oven, but we did the best we could, and had quite an enjoyable Christmas complete with 5 euro gifts we had got each other. 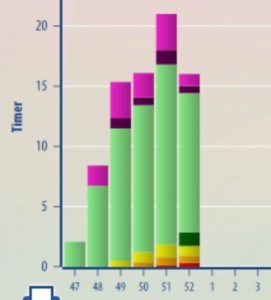 The graph shows I built up my training after illness up until I raced at the Tour De Ski. It wasn’t the biggest or longest training block, but at least I was out training! 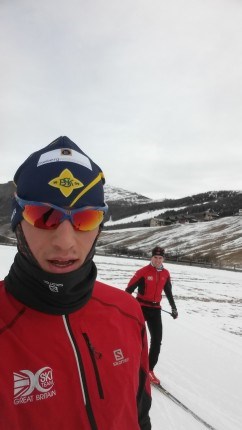 Myself and Callum out training in Livigno. There wasn’t much natural snow but they had made a 7k loop of good artificial snow.

After the Livigno training camp we all head to Val Mustair for the Tour de Ski. Luckily Livigno is only an hours drive or so from Val Mustair so it was one of the least stressful travel days I’ve ever had. Val Mustair is a small little valley with a few villages in Switzerland. It runs down into Italy and because there is pretty much not accommodation int he Valley most of the teams end up living at the bottom of the Valley in Italy. It was the same for us and we ended up staying in Glurns. Glurns is an old walled town with a wall on 3 sides and a river on the 4th side and surrounded by apple orchards. It made our evening jogs pretty fun.

The first race in Val Mustrair was a Skate sprint. Historically this has always been my best event. It gave me a bit of confidence going into it as my first race since Beito well over a month ago, but it also put the pressure on. It’s a long time since I’ve been that nervous before a race. Normally during a ski season nerves settle each week as I build up my confidence. But having not done any racing and coming straight to a world cup it felt I was standing at the top of 10m diving platform and being thrown off. Despite the nerves the race went much better than I expected.

The prologue felt absolutely horrible. The race course in Val Mustair is at 1700m and as such is one of the highest, if not the highest, world cup courses. Even if you’ve been training at altitude for a weeks, doing maximum efforts at 1700m is going to hurt. During the second half I’d pretty much come to terms with the fact I wasn’t going to qualify for the heats. Then as I turned into the finish straight I realised the guy behind me hadn’t caught up any time and I was doing ok. I finished the prologue in 11th, giving me first pick for the heat selections. 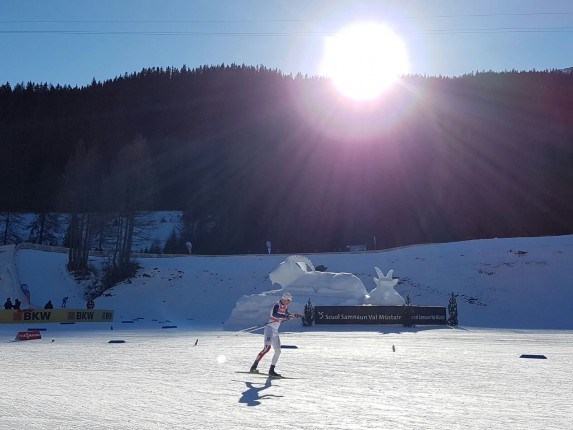 I chose heat 3. Traditionally heat 3 and heat 5 are the easiest. But I still wasn’t expecting no one from the top 10 to pick heat 3. I was quite surprised. Subsequently the heats ended up with all the best guys stacked in Heat 1 and 2, and Heat 3 (my heat) getting mostly filled with guys from 11th through 20th. This meant that I wanted to come second in my heat and get into the second semifinal. Then I would avoid all the favourites in the semi finals and have a good chance at a top 10 if not a final.

Unfortunately I won my heat. Welcome to the bizarre world of sports competitions where there is a benefit in loosing. The heat went really well and I controlled the pace through out. I got myself into second close to the finish but there were 4 or 5 of us going for it towards the line. I kept looking across to see if I could ease up and get second but the gap between second and third was too small so I had to speed up and win the heat to guarantee I progressed to the semifinal.

Sprinting for the line in my heat.

I ended up having the shortest turn around of everyone in the first semifinal, with everyone else coming from Heat 1 and 2. This coupled with the facts that I had been on the limit during my prologue and Heat and my lack of training base meant I was in for a rough time in the semifinal. Whilst the other guys cruised the first half of the semi waiting to launch an attack I was pretty much on the limit. When the attack came I shot out the back and in the space of about 100m I lost 50m to the leaders and thus secured myself 6th in the semifinal and 11th overall. My prologue and Heat were good, my pure speed and technique is as good as I want it to be. But my fitness is not. I’m not fit enough to recover between the heats and I’m not fit enough to do these maximal efforts again and again to make it to the final. But when I think back and look at my training coming in 11th was still above my expectations and a pleasant surprise for my return to racing.

I had start number 10 for the 10k mass start classic the following day. One of the sprinters had pulled out of the tour bumping my up a place. This gave me a start position in the second row on the far right hand side. Out of pure chance after 100m a free track opened up in front of me and I was leading a distance world cup. Yes I was actually at the front! My heart rate shot up just by pure shock at the situation. I had chosen to double pole the race on skate skis thinking I’d get an advantage on the downhills. I ended up dropping through the field and finished in 50th. I’m not sure that I would have done any better with kick wax on my classic skis. I think the biggest problem I had was again my fitness. I wasn’t fit enough to last with the pace on the uphills, even compared to the other guys double poling. But my strength and technique on the downhills worked well and I still got an ok result.

I’m now back in Livingo getting ready for heading to Lahti and the Scandinavian cup at the end of the week. I’m enjoying a rest day today, but I’ll be back out training tomorrow. I’m really happy to be back racing and get the first few races under my belt. I know I still have things to work on, but now I think they are with in obtainable distance. Something that a few weeks ago didn’t seem possible. If I keep working away at it every day I think my fitness will improve. My other areas are quite good at the moment. But there are always technical improvements to be made and gains to found. I’m looking forward to getting more races under my belt at the weekend.